The LibreVNA is an open source USB based vector network analyser with 2 ports. The VNA is an RF frontend with some processing power but everything else is handled in the PC application. The PCB has 3 ADC's and a FPGA for all the signal signal processing. It is able to do 10000 point dual-port measurements within one second and has an effective dynamic range of 100 dB.
Thanks to two measurement ports this vector network analyser can be used to measure the complete set of reflection and transmission coefficients (S11/S12/S21/S22). Although the LibreVNA hardware is designed to be a VNA, the general hardware architecture is so similar to that of a spectrum analyser that simple two-channel spectrum measurements can also be performed.

Due to this being an open source VNA, there are some limitations in the design. These remarks are as follows:
Due to some structural limitations the S12 isolation is 10 dB worse than that of the S21 parameter. Above 3GHz the performance decreases with increasing frequency causing the port isolation to only be 50 dB at 6 GHz. Furthermore, below 1 MHz, the performance decreases with decreasing frequency and the effective dynamic range decreases to 70 dB at 100 kHz. The output power may decrease when frequency is lower than 1 MHz or higher than 3 GHz.
With this VNA the use of higher accuracy calibrators allows for higher precision of measurements.

All in all, this is a powerful VNA for a limited budget. However, it should not be seen as an alternative for a high-end VNA like the SNA5002A from the Siglent SNA5000A series.

The LibreVNA comes by default with: 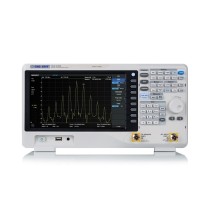 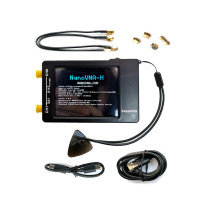